Alice in New York: A Clarification 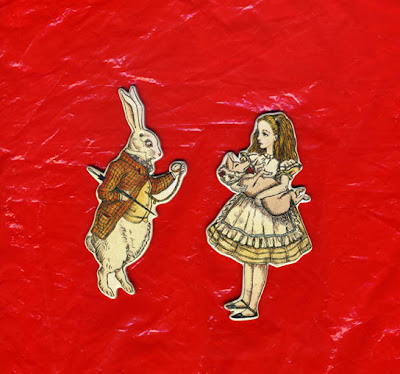 I am not the creator of any Alice in Wonderland applications for the iPad. That’s not me. That’s Chris Stevens. I am Henry Chamberlain, creator of the comic book series, “ALICE IN NEW YORK.” I first put out an issue of this comic in 2003. And, in 2005, I obtained the domain, www.aliceinnewyork.com. The comic series that I created sets out as a love story and incorporates characters from Lewis Carroll’s “ALICE IN WONDERLAND” and “THROUGH THE LOOKING GLASS.” The series was created by me, written and drawn by me, and sold by me at comics conventions and through the mail. It has been reviewed by various sites, most notably The Comics Journal’s Dogsbody column. I will be collecting the first volume of “Alice in New York” and I am currently arranging on publishing them as a collected work. Another volume, a whole other adventure, is in production.
Posted by Henry Chamberlain at 2:52 PM